A YEAR OF REMEMBERING 'ABDU'L-BAHÁ 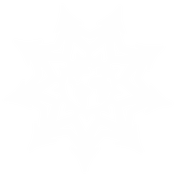 In honor of the life of ‘Abdu’l-Bahá, who passed away on November 27th, 1921, the Humboldt Bahá’ís invite the community into a season of spiritual dialogue, reflection, and community service. 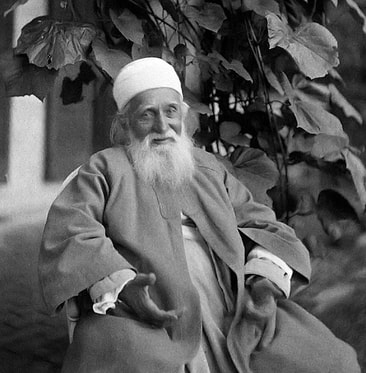 A century after his ascension, his exemplary life continues to inspire millions of souls across the globe, including here in Humboldt County. Who was ʻAbdu’l-Bahá?

ʻAbdu’l-Bahá, one of the brightest lights on this earth, was born in Persia in 1844. Though his given name was ‘Abbás, he preferred the title ʻAbdu’l-Bahá (Servant of Glory). It symbolized his devotion to his Father, Bahá’u’lláh (Glory of God), the Founder of the Bahá’í Faith. Bringing a new understanding to the concept of religion, the Bahá’í Faith operates like none before it. Its chief aim is the unity of humankind, based on peace and justice, informed by the recognition of our inherent oneness.

From childhood, ʻAbdu’l-Bahá’s life was filled with hardships. Along with his family, he suffered injustices at the hands of religious and governmental authorities; they were stripped of possessions, experienced exile, hunger, and imprisonment that spanned over half a century. Despite such adversities, ʻAbdu’l-Bahá maintained his nobility, joy, and radiance. He lived a life of service, focusing on bettering the lives of others. “Service to humanity is service to God,” he explained. He gave away his belongings to those in need, tended to the sick, and fed those who were hungry.

Nearly 20 years after the passing of his Father, ʻAbdu’l-Bahá was finally freed, along with other religious and political prisoners of the Ottoman Empire. When asked about his newly gained freedom, he stated, “Freedom is not a matter of place. It is a condition. I was thankful for the prison...for those days were passed in the path of service...”

He took the bounty of Bahá’u’lláh’s Teachings to Africa, Europe, and North America. Wherever he visited, he uplifted people’s hearts and minds, encouraged all to turn to God, and inspired them to engage in the betterment of the world. In 1912, ʻAbdu’l-Bahá traveled across North America, gaining the admiration of those he met with his extraordinary knowledge and perceptions.

The San Francisco Examiner asked ʻAbdu’l-Bahá about his intentions for his visit. His answer was clear: “I have come to America to promote the ideal of Universal Peace and the solidarity of the human race. I have not come for pleasure or as a tourist.” He spoke wherever he was asked: at synagogues, churches, universities, and private homes. His remarks challenged segregation, religious intolerance, and advocated for the equality of men and women, race unity, and social justice.

In the spirit of his visit to California, Bahá’ís from Crescent City to San Diego are working to build new communities cast in ʻAbdu’l-Bahá’s powerful vision of justice. Over the coming months, the Humboldt Bahá’ís invite you to join in reflection, discussion, and action on the life, words, and deeds of a man who brought his Father’s promised message of peace to the world.

The Humboldt Bahá’í community looks forward to expanding opportunities for dialogue and service, together with you for the betterment of both the spiritual and material well-being of all. 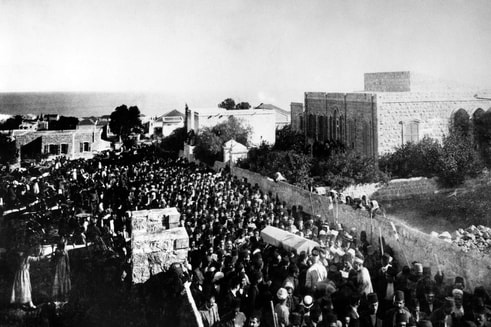 A Year of Reflection and Action

​To reflect, On November 27th we held a screening of the new uplifting documentary of ‘Abdu’l-Bahá, Exemplar. It is now available to watch below at your convince.

Exemplar  follows the life of ‘Abdu’l-Bahá and the profound effect He had on people both past and present. A sense of ‘Abdu’l-Bahá’s unique function as a shelter, a shield, and a stronghold for all humanity is captured in vignettes of some of the people whose lives were transformed through their association with Him.
To discuss, beginning December 2021, the discussion over the next 12 months of Spirit Talk will center on the spiritual principles that ʻAbdu'l-Bahá promulgated. Join us the second Saturday of every month at 7 pm by clicking the link below.
Join us each month on the Second Saturday at 7pm
via Zoom ID 815 0557 5312 | ​Password: love
Join Spirit Talk Online
To act, honoring ‘Abdu’l-Bahá's example, we invited the community to join us in passing out a hot meal to those in need in our community. On December 4th, 2021 we gathered in Old Town Eureka and passed out hot burritos along with a care package, and a letter expressing love and the example of ‘Abdu’l-Bahá, to individuals we met that were unhoused.  Everyone who received expressed so much gratitude on that cold overcast day. One of our young participants who helped hand out the burritos said it made his "heart feel happy."  I think we would all agree. 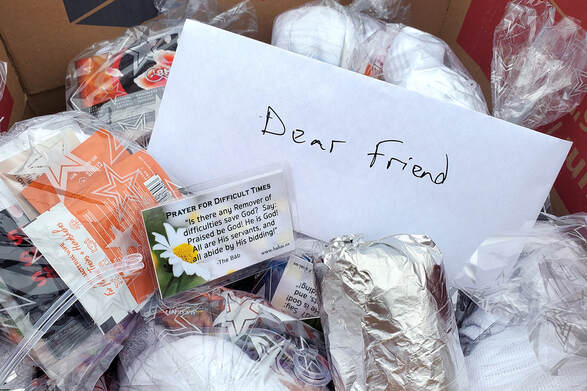 Although ‘Abdu’l-Bahá was exiled and imprisoned since He was a child, He maintained such joy and radiance throughout His life that He would bring happiness, hope and reassurance to all who crossed His path. ‘Abdu’l-Bahá was known for His selfless spirit of service, especially towards those in need. He worked tirelessly to eliminate prejudice of all kinds, championing peace and justice wherever He went.

‘Abdu’l-Bahá affirmed time and again that He was a “herald of peace and reconciliation”, “an advocate of the oneness of humanity”, and an agent calling humanity to the “Kingdom of God”. He was the Embodiment of what a Bahá’í should be, serving as a model for all of humanity.

Through stories of the life of Abdu’l-Bahá​, a careful study of His actions, talks and Writings, we can better understand the transformative power of the gift of His Father's Revelation.
READ STORIES ABOUT 'ABDU’L-BAHÁ

The Covenant is an answer to the question of religious succession that has been critical to all Faiths. Through ‘Abdu’l-Bahá, as Center of the Covenant, Bahá’u’lláh diffused His message of hope and universal peace to every corner of the world. This Covenant was the instrument that ensured the unity of the Bahá’i community and preserved the integrity of Bahá’u’lláh’s teachings. Without ‘Abdu’l-Bahá as its Centre, the enormous creative power of Bahá’u’lláh’s Revelation could not have been transmitted to humanity, nor its significance fully comprehended.

​‘Abdu’l-Bahá was the chief promoter of unity, the fundamental principle of the teachings of Bahá’u’lláh. Bahá’ís and their friends continue to follow the pattern of service He exemplified as the Faith’s spirit and the embodiment of His Father’s Teachings. Bahá’í community activities—prayer gatherings, study groups, classes for the spiritual development of children —are open to all and take place right here in Humboldt County.
Portions of the above article is from bahai.us.